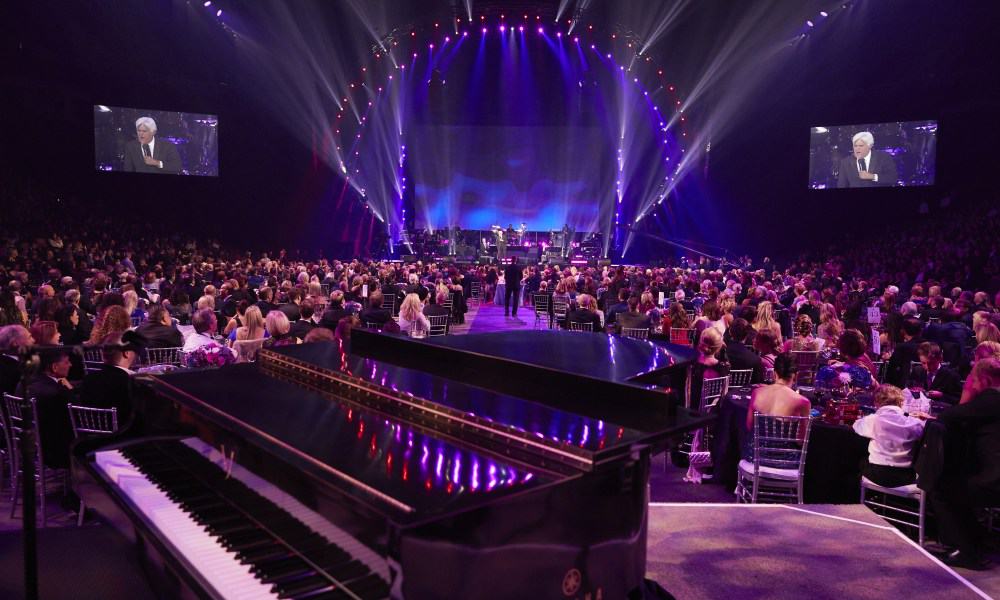 Since its inception, the David Foster Foundation has worked to support the non-medical expenses of close to 1,100 families across Canada during their transplant journey; the Foundation’s financial commitment to families’ averages to $10,000. Financial support of non-medical expenses ranges from mortgage, rent, and car payments to airline tickets, groceries, parking, and gas. Often, families have to travel away from home and set up temporary housing close to one of the pediatric transplant hospitals in Canada.

The evening began with the star-studded arrival of guests, VIPs, and celebrities along the purple carpet (the Foundation’s preferred colour) at Rogers Arena. The star-studded evening was seamlessly emceed by HLN’s Michaela Pereira and CTV’s Ben Mulroney. The more than 850 gala guests and 9,000 concert attendees were treated to performances by Grammy Award-winners David Fosterand Steven Tyler; Jay Leno; The Tenors; Carly Rae Jepsen; Matteo Bocelli;and Laura Bretan. Surprise guest Reba McEntire joined Foster on stage for an upbeat country jam prior to Steven Tyler who closed out the show.

Attendees and friends of the Foundation, Jim Pattison and Jim & Sandi Treliving, supported the evening’s cause by donating $1 million to the fundraising goal of the evening. Dozens of attendees showed their support during the evening’s ‘sponsor a family’ fundraising pledge drive, with many joining Oprah, Steven Tyler, and Dr. Phil by supporting ten families for one year, or a $100,000 commitment.