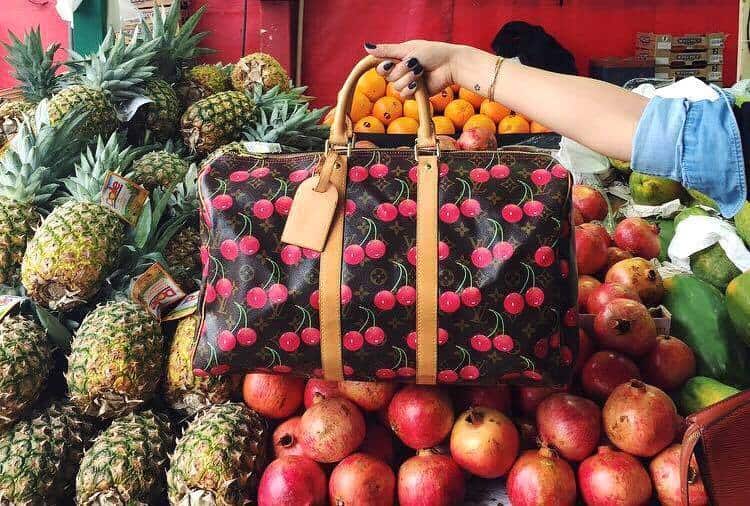 Begging for a Birkin? Dying for that new embroidered Dior? One of our recommended go-to shops for anyone looking to buy exquisite preloved luxury handbags, scarves, and accessories is LXR & Co, conveniently located in the three Hudson’s Bay stores across the city – Oakridge, Downtown, and Park Royal.

This month the Montreal-based luxury vintage curator of accessories made two significant announcements. First that it is gearing up for a major international expansion following the acquisition of the company by renowned fashion entrepreneur Joseph Mimran (Club Monaco, Joe Fresh) and that it will be adding women’s and men’s designer clothing and footwear to key locations. Under this new ownership, LXR will soon become a publicly traded company.

Co-founded in 2010 by two young entrepreneurs, Frederick Mannella and Kei Izawa, LXR sells through a network of kiosks located in major department stores around the world, as well as through its e-commerce website (or ‘re-commerce’ as the business of buying and selling used items) is now being called. The company has dedicated itself to selling brands such as Hermes, Chanel, Louis Vuitton and Gucci.

“We have a unique business proposition in that we offer great brands such as Louis Vuitton, Chanel, Hermes, among other brands at great value,” CEO Frederick Mannella told CBC’s On The Money in a recent interview.

Savvy shoppers have been passionate about preloved luxury for many years now. Purchasing pre-owned not only helps to stretch their shopping budgets but also satisfies their passion for purchasing ethically and watching their carbon footprint. LXR has benefited from tapping into this niche as first-quarter revenue rose 73 percent in the past year to $7.2 million from $4.1 million.

The company has 61 stores with plans to expand to 122 by year’s end and will begin integrating clothing and footwear for both men and women into the spaces. Rather than building a retail space from scratch, it will open pop-up kiosks, as it has already done in Canada, the U.S., Germany, Belgium, and the U.A.E.

The company plans to open its first freestanding store in 2019. Although the management team has not decided on specific locations yet, the company will concentrate on markets where LXR already has a concentrated presence within local department stores, such as Toronto and New York.

According to their website, LXR has purchased and sold over 500,000 bags worldwide. For us, this is an ecoluxury adventure which is only just beginning, and we already cannot wait for the next chapter of shopping for not only accessories but also designer wardrobe also!